The Client was looking for an agency to partner with because they had the classic problem: “Organic traffic has been dropping dramatically, something must have happened to our SEO”.

Even experienced marketers can sometimes jump to conclusions with not enough evidence to back up their assumptions. The VROOM SEO team didn’t.

Weir & Sons approached VROOM in Q2 of 2017 to pitch for the SEO management of their website, having become somewhat frustrated as their site was suffering from a dip in organic performance and conversions.
The project’s objectives were clear:
– Recover lost rankings and organic traffic
– Increase SEO visibility and Organic traffic
– Increase Ecommerce Transactions

The lack of first-hand historical data on their previous rankings certainly wasn’t making the identification of THE issue any easier but by pulling the required historical rankings from a range of different tools VROOM was able to generate a report where keyword rankings and their respective landing pages pre and post drop were compared side by side.

Having mined the relevant data and analysed the site, we were able to verify the circumstances of the drop and pinpoint the technical causes leading to it: the failed indexation and ranking of a number of URLs made it clear enough for our Team that the redirects taking place on the site were causing a spillage of the historical link equity accumulated over the years. Case closed? Not quite!

While the dev team was preparing the main fix there were plenty of tasks to keep our technical SEO hands busy, including a typical side effect of the lack of SEO rein over an e-commerce website, i.e.: over-indexation of duplicate URLs due to untreated faceted navigation.

Pulling from our personal technical SEO handbook, we devised an action plan comprising of a number of tasks that included putting a halt to the proliferation of duplicate URLs of the categories and products that was bleeding the site’s crawl budget dry and of course causing even more link juice spillage.

It is also worth noting that we were under an extreme time restriction with the lucrative Holidays / Christmas period fast approaching and it being just a matter of months before Weir & Sons needed to be found.

Our SEO team spent almost 5 days on the deep-dive Technical SEO Audit and Implementation that was carried out through strong collaboration with the Client’s internal teams. Together we incorporated a seamless SEO integration on their website with zero downtime or interruption to the service!

August showed the early signs of the ranking improvements that allowed Organic Visibility to grow five-fold in the period between July and Nov 2017 i.e. pre- and post- implementation.

Such a Visibility increase was echoed by incremental growth of all main KPIs over the same period, which culminated in November 2017 being the most successful month ever recorded for the Weir & Sons site!!! 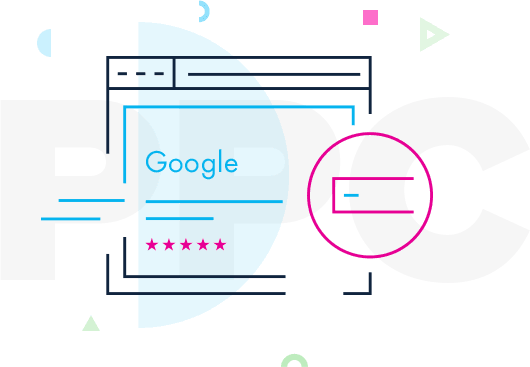 ORGANIC TRAFFIC GROWTH
The dramatic, steady growth experienced by Weirs’ organic rankings in the last year has reached a new peak in Q2 2018 with Organic New Users  average +135% versus the same quarter in the previous year.

ORGANIC ECOMMERCE TRANSACTIONS
Search engine optimisation has made and keeps making a clear, direct impact on the number of Organic E-commerce Transactions which are currently running at an average of +228% compared to the same time last year.

ORGANIC ECOMMERCE REVENUE
More Transactions mean more Revenue. Numbers here are even more striking as Organic E-commerce Revenue in the last 3 months have been averaging +363% compared to the previous year.

This SEO campaign delivered so much more in excess of all expectation set. Having deployed such an arsenal of technical SEO goodies, aspects that are generally prioritised in other projects were approached as hunting ground to hit the secondary goal presented in the objectives, i.e. generating further improvement in search engine visibility and Organic traffic compared to where the site was when we first picked it up.

For a client whose history is so deeply embedded within the Irish territory, such “further improvements” could only come in the form of better rankings for Ireland & Dublin focused keywords, which was done through the harmonious insertion of the much-needed local SEO signals in the site’s metadata for the key category & product pages.

“An enthusiastic pitch supported by accurate, comprehensive research is what helped us choose VROOM. Since beginning to work with Shane, Luciano and the team just over 6 months ago, Weir & Sons have seen significant results in growth month-on-month.

VROOM are a team of genuine and supportive individuals who have taken the Weir & Sons digital goals and tackled them with a hands-on, collaborative approach. We look forward to continuing our growth and relationship with a fantastic team.”