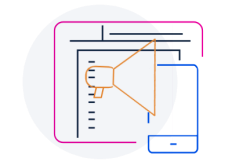 Welcome back to VROOM’s monthly digital news digest, your bite-size chance to keep up with all the juiciest updates rolled out in the shortest, yet quite eventful, month of the year. Let alone the fact that we might soon need a passport to go to Belfast, there are a bunch of new features definitely worth your attention.

Another Trophy For VROOM Digital

February was a busy month for us too at VROOM, with various events, significant new client wins and new Team members joining our ranks in Merrion Square! Woop!

Spring exploded in Dublin spreading a galaxy of golden daffodils, Instagram hit 1 billion monthly users and we won Silver for the Best Social Media for Events at DMA 2019! We are absolutely delighted with the recognition for our campaign for our client, Haunted Spooktacular, where we were able to demonstrate a fully trackable ROI generated from our Instagram Story Ads. Well done us!

On February 7th, Facebook headquarters in Menlo Park announced the introduction of new group features for businesses. Page managers will be able to create groups, build their community and engage with their audiences in a more intimate and personal setting. Furthermore, pages will also be able to join groups and actively participate in discussions.

Can you see the power of these interactions? Let’s suppose you sell food blenders. Just imagine the potential of entering a community of housewives and mothers sharing recipes and seeking peer-advice, and engaging with them in spontaneous conversations. Not only you will humanise your brand and get closer to your customers, but, if you play it well, you might also become a point of reference and acquire the status of authority in that particular community. Of course, don’t try to talk about blenders in a group of Rugby fanatics.

A massive change for PPC’ers in terms of reporting will happen later this year, as Google will retire average position reporting. If we had to name two constants of our present-day society, first would likely be the ongoing pursuit of pleasure and in second position the obsession with average position as a reporting metric.

Custom Audiences For Everybody to See

After “Why am I seeing this ad?” Facebook Privacy feature, users will also be able to ask “Who’s making me see this ad?” In other words, the name of the business that uploaded the customer file and any third party agency that has access to it will be visible to the targeted audience. Users will also be able to know what type of information is held in the Customer file (phone number, email address etc.).

Where do you think this decision comes from? It is being mooted as an ongoing effort to give users more transparency? Hmmm, Agencies feel this is another effort to discourage third-party management in favour of  working directly with the Platform.

Hmmm, this one caught our eye in Feb. We don’t tend to obsess too much around the VROOM office with hardware / devices.

Today, for example, we have a mix of Xiaomi, Samsung, Google Pixel & iPhone as our go to device within our 14 strong team here.  Xiaomi’s Redmi Note 5 is our most popular device here at the mo. But how can we remain indifferent to a foldable phone?! From a 4.6-inch screen to a 7.3-inch Infinity Flex Display, from a mobile phone to a tablet, e: €1,800 for the basic Samsung foldable phone?!

Somewhere in Menlo Park, in one of Facebook’s offices, an idea has been born that potentially can change the Paid Social landscape forever: Campaign Budget Optimisation.

But what does it mean, exactly? In Facebook’s words, “with campaign budget optimisation, advertisers can set one central campaign budget to optimise across ad sets and continuously distribute budget to the top-performing ad sets in real time.” In our understanding, advertisers will no longer be able to optimise budget and monitor results at the ad set level, but will have to entrust the advertising platform “to capture the most results for your budget, effectively lowering your total cost per result.”

While this function is to be rolled out globally in September 2019, certainly offers great advantages to advertisers in terms of algorithm-led decision making, it can potentially take away the complex business insights behind distributing budgets between specific audiences, locations or campaign objectives. Smart advertisers will be able to manually manage the ad spend by setting up the minimum or the maximum spending limits at the Ad Set level, however, the era of machine-led advertising is drawing closer and closer. 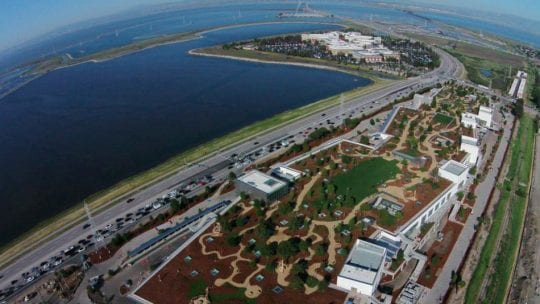 “3 seconds is the new slow”. We’ve been using the 3 second rule of thumb for a couple of years now knowing the need to aim for better. This figure has been trotted out at most events we have attended @Google down on Barrow St.  So time it seems to roll out the new! According to Google’s data, “53% of visits to a mobile site are abandoned if it takes more than three seconds to load.”

No wonder then, that the search giant recently updated the mobile speed score algorithm to make sure users see a speed score for more pages. Do you know if the mobile version of your website is fast enough?


Contact us for a quick speed test and we’ll give you recommendations to help make your website fast and furious. We’re pretty savvy in this area as page speed effects conversions coming in from SEO,PPC and Paid Social so best get the advice you need sooner rather than later.

Big firms like Nestle and Epic Games paused their ads on YouTube as they appeared next to controversial content on the platform, which consisted of inappropriate comments under children videos and actual links to child pornography posted in comments.

This could be caused by a bug in the algorithm, which made it possible to find the offensive videos in about five clicks, thus feeding a “soft-core paedophile circle” that totally eluded YouTube supervision.

Despite the immediate deletion of over 400 accounts and the disablement of comment in millions of videos, many companies decided to pull ads from YouTube to avoid damaging their brand image.

It is not the first time YouTube has been hit by controversies around advertising. In 2017, the company apologised after advertising from companies such as Marks & Spencer and L’Oreal appeared next to extremist videos on the site.

Check-in Times On Google My Business

Are you responsible for the SEO of a Hotel or of a B&B? This one’s for you! Google announced that hotels can now add their check-in and check-out times to Google My Business. This information will “help customers know when rooms will be ready and when they must vacate.” 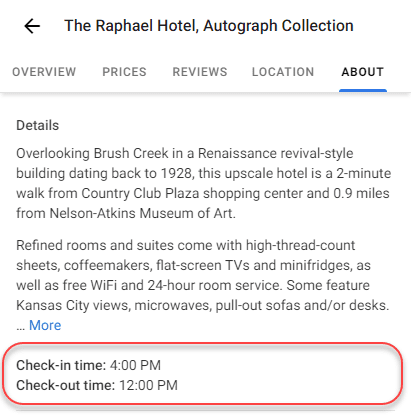 One of the fastest growing Meta Partners is seeking a Head of Paid Social! With a current team of 15 members, they operate in International markets delivering performance through best in class Paid Social, PPC, SEO & Digital PR. This is a great opportunity for someone who is looking to take on a leadership role […]

What to Consider When Creating Your SEO Link Building Strategy

The process of getting backlinks has long since gone from “200 links before lunch today” to “I got a link this month”, turning link building itself into a small artform in the process. Despite the challenges of link building, backlinks still have a relevant impact on the site performance, which makes them an important part […]

The Most Innovative Digital Marketing Campaigns of 2020

2020 was a turbulent year for so many businesses across the globe. Due to the Covid-19 pandemic, a large number of businesses were forced to solely rely on innovative and creative Digital Marketing strategies to reach their consumer base. As the general public were encouraged to stay home and stay safe, businesses were left with […]